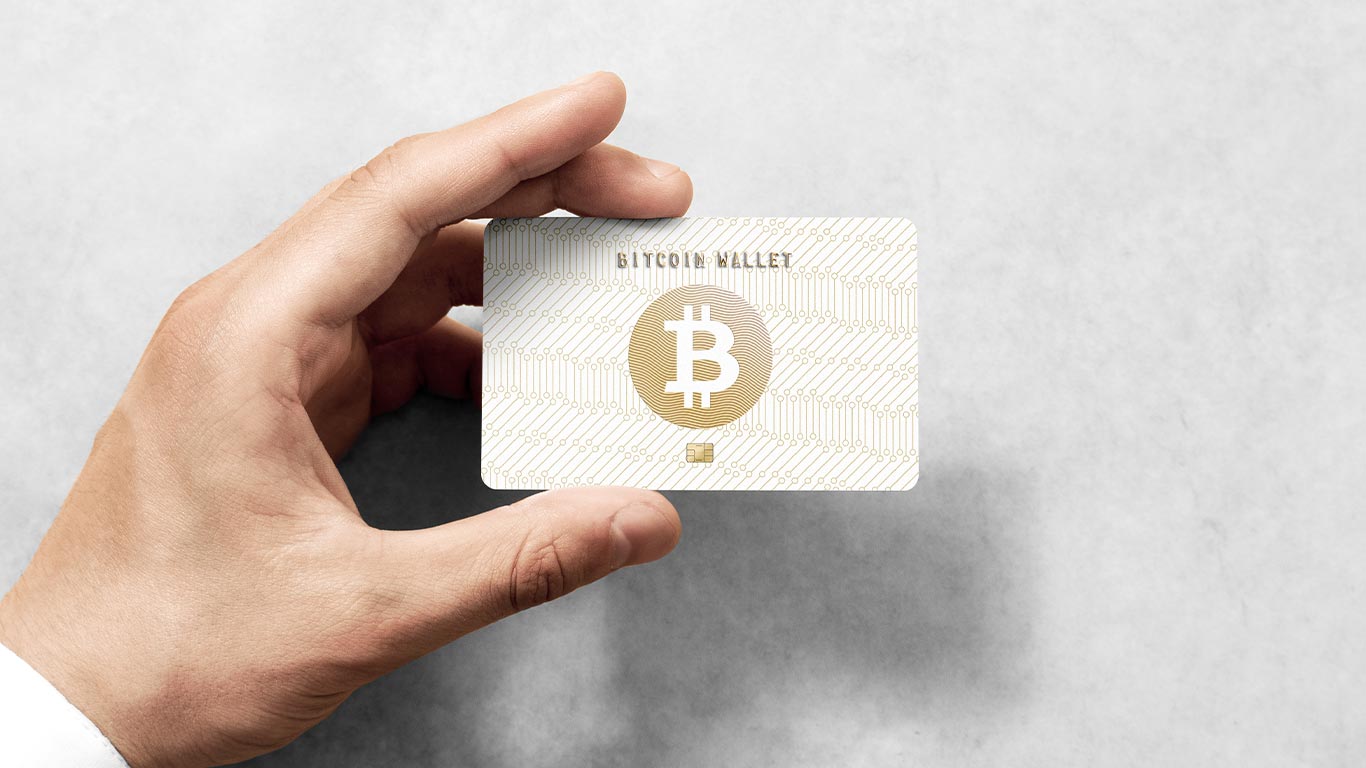 If you are wondering how to use Bitcoin ATM, you are not alone. You might have heard in your friend circle about this ATM. So, for people looking to use it for the first time, this guide is for them.

Bitcoin ATMs act in the same way as ATMs employed by banks. Although the main distinction is that the Bitcoin automated teller machines (ATMs) will give out BTC rather than dollars. The release of Statista shows that there are approximately more than 7,000 BTC ATMs worldwide.

Since the need for these Bitcoin ATMs is increasing. We have decided to guide you on how to use a bitcoin ATM with a debit card.  If you deeply go through this guide, you will be able to make your first BTC investment and enter the financial conformity of the prospect!

Let’s explore this guide step-by-step and learn how to use Bitcoin ATM.

A Bitcoin ATM is a kiosk machine that enables people to purchase Bitcoins through a computerized device. Several Bitcoin ATMs contribute to both the option of buying BTC and exchanging BTC for cash. Bitcoin ATMs are not identical to conventional ATMs, but they work similarly.

Bitcoin ATMs are kiosks that work with the Internet and accept cash cards or credit cards in exchange for (BTC) Bitcoin. These Bitcoin ATMs look like traditional ATMs but have no link to any bank account. These Bitcoin ATMs directly connect consumers with Bitcoin transactions for a localized and handy way to buy BTC.

The first type is those Bitcoin ATMs that can change your Bitcoin into fiat currencies. The second types are those Bitcoin ATMs from which you can purchase Bitcoin. While the third type of BTC ATM is the Rare ATM, allowing you to do both selling and purchasing.

These Bitcoin ATMs accept BTC debit cards, allowing you to withdraw money. While it also depends on wherever you live and how multiple kinds of Bitcoin ATMs exist in your area.

How To Locate Bitcoin ATM Near You

You can quickly locate a bitcoin ATM by using a tracking website. For instance, Coinatmradar is the most reliable means in the USA. At the same time, its database has records 16174 Bitcoin ATMs in the USA and more than 7,000 Bitcoin ATMs machines across the globe. You can utilize the page to locate Bitcoin ATMs through addresses and ask for recommendations in your region.

Likewise, Coinflip is another provider in the United States that allows you to locate Bitcoin ATMs. You can also use Google Maps, and business record services like Yelp can present the same results. But Coinatmradar lives the most dependable global reservoir currently.

Although we can mine bitcoin using android or PC, we can use bitcoin ATM as well. The buying process of bitcoin slightly varies per bitcoin ATM, but, usually, the procedure works as under:

Suppose you are going to buy bitcoin for the first time with a Bitcoin ATM. First, you have to bang on the screen and then press the Buying BTC key in the dashboard center.

Scan QR Code for the Wallet

After that, you have to scan your BTC wallet address through the QR code which your wallet application will give. It will allow the Bitcoin ATM to recognize which BTC wallet needs to receive the bitcoin.

Following this, you have to insert cash bills for the price of the BTC you want to buy. Suppose you want to buy 1000 dollars’ worth of BTC, you can purchase it if your cash bill is ready now.

Once the Bitcoin ATM accepts cash bills now, your Purchase is confirmed. Then your transfer of the bitcoins (BTC) is done to your wallet.

So, this is the last step for your buying bitcoins via BTC ATM. Now you can transact your Bitcoin, which is almost in your wallet. Then press the transaction confirmation button and get your BTC Coins.

Scammers are preferring to utilize crypto ATMs when conducting fraudulent transactions. They would invite the victim to purchase Bitcoin online, and it would not take a long time.

In general cases, the verification process takes up to 21 days if you prefer the services of CoinBase, Gemini, and Kraken. In the Setting up a bank account and clearing funds from the bank.

While on the other hand, the scammer will use a convincing and impressive story to encourage swift action. The scammer will force you to locate the closest Bitcoin ATM to transfer cash.

Suppose you are invited or forced to utilize a BTC ATM for depositing money and scanning a given QRS code. So please have to STOP here; it is a scam, and you will lose your funds.

Refunds are not possible. Bitcoin is entirely digital “money,” and there is no issuer in the middle. You cannot reverse a transaction because there is no third party involved. It is a two-way exchange, and the process is irreversible.

So Bitcoin transactions are immediate and cannot be refunded. It is just characteristics, not its shortcoming.

Several fraudulent schemes target people for deposits at bitcoin ATMs. They usually communicate with victims in the following ways:

Internationally, scammers take advantage of the victims. Scammers mainly target people from advanced countries, such as the USA, Australia, Canada, and the United Kingdom.

The increase of Bitcoin ATMs in other countries makes scammers more active. India, Nigeria, and the Philippines are home to the majority of scammers.

Scammers usually target people who are not very knowledgeable about what they are doing or aren’t sure what to do. And also, who utilizes bitcoin ATMs to transfer such a considerable amount.

Suppose you are asked and forced by a third party to use a bitcoin ATM to deposit money and scan a provided QR code. You have to stop at this stage because it is a scam, and you can lose your savings.

Besides many helpful features of the Bitcoin ATMs, these ATMs also become instruments for many fraudulent activities like scams.

Using Bitcoins ATMs by scammers is helpful for them because the amounts are non-refundable; therefore, once the payment is made and approved in a single block. After that, there is no chance to revert that payment. Nowadays, Scammers are much more easily able to take advantage of bitcoin ATMs.

How do I use a Bitcoin ATM for the first time?

It is simple; first, you have to set up a BTC wallet on your smartphone, and after that, go to the BTC wallet and scan the QR-Code. Then confirm your purchase; after that, the BTC coins will be in your Bitcoin wallet. Now you can receive your Bitcoin receipt and then move on your way to where you want to go.

How do I use a Bitcoin ATM machine?

Bitcoin ATMs are varying for use, but there is a standard course to use to purchase Bitcoin. These Bitcoin ATMs also charge compensation for their services. Average charges are from 8-10 percent, which is costly for many people.

Meanwhile, a person wants to use a bitcoin ATM; so bitcoin is dispensed to the BTC wallet through a QR code that ATMs can create. Currently, most BTC ATMs will ask users to recognize KYC purposes. Therefore be prepared with an acceptable form of identification.

Despite that, charges sometimes differ per Bitcoin ATMs.  It would be healthy if you read the guidance of the bitcoin ATMs before you use them. Not all Bitcoins ATMs are two-way. Therefore, you must have to make sure before using whether your regional Bitcoin ATM can process both buying and selling systems if you want to cash out.

How do I send money through a Bitcoin ATM?

Send money to dear ones instantly and confidentially. So utilizing the Bitcoin ATMs is the safest option to send money within the country and also abroad.  It is an ideal solution for all of you. You can swiftly send money by applying to your Bitcoin ATM account.

Also, both sender and recipient should be friendly with BTC and comply with federal laws and limitations in some matters. It’s trustworthy, speedy, and takes just five stages to complete.

First, you have to Enroll with Coinsource via creating your account. This process will take a few moments.

Then you have to discover the Coinsource Bitcoin ATM, which is most nearby to you. Then enter your current location. After that, you have to tap the commands button on the locality nearest to you.

In this step, you can insert your money into the Bitcoin ATM to change to BTC. You can deposit from 5-USD to 5,000-USD daily at any Coinsource Bitcoin ATM.  At this stage, you should not neglect the Bitcoin ATM till the completion of your transaction.

Stage 4: Insert the address of the Recipients BTC Wallet

Stage 5:  The Recipient can withdraw his BTC to money

At this stage, the recipient has options to change the BTC into cash. So it is the fastest way to convert the BTC to money and withdraw it.

How do I withdraw from a Bitcoin ATM?

Just Log in to your BTC account on the Bitcoin ATM, change your BTC to cash and choose the withdraw option. After that, you have to enter the amount of how much you want to withdraw. Once you confirm your transaction, then you can withdraw your cash.

Besides many valuable hallmarks, it also has some downsides which you must have to be careful about that. Now we are hopeful that after reading this guide thoroughly, you have got the answer to the question, “how to use a bitcoin ATM.

As crypto adoption increases worldwide, there are likely to be more Bitcoin ATMs popping up soon. Bitcoin (BTC) is a cryptocurrency network that permits a different payment system and digital money conformity.

No central authority or brokers are required for this peer-to-peer (P-two-P) payment network.

Essentially, BTC is online digital money equivalent to cash from the consumer’s perspective. Moreover, you can also utilize BTC ATMs for purchasing Bitcoin.

Not all Bitcoin ATMs are two-way. First, you have to confirm whether your town’s Bitcoin ATM can deliver two processes: purchase and exchange orders. Good luck in the world of Bitcoin and Bitcoin ATMs!